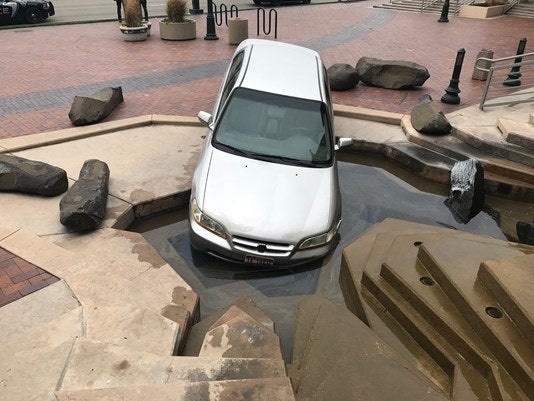 Jonathan J. Locksmith is being held in the Ada County Jail on a misdemeanor charge of reckless driving after he drove his car over the sidewalk and into the fountain in front of the Ada County Courthouse Sunday morning.

Deputies were called out to the courthouse, located at 200 W. Fort Street, in Boise just after 10:15 a.m. Sunday. When they arrived, they found Locksmith's car inside the fountain. Locksmith told investigators that he was upset at the court system and drove his car into on the fountain on purpose so he would be arrested.

Locksmith is scheduled to make his initial court appearance Monday. Records show Locksmith has a misdemeanor battery charge from earlier this fall that has not yet been adjudicated.

You can't make this stuff up.