Idaho Driving Under The Influence (DUI)

A Driving Under the Influence (DUI) conviction in Idaho can include some very serious penalties and punishments. Do not take it lightly.

If you have been charged with a DUI in Idaho, it is important that you understand the charges against you and what your legal rights are. DUI is not an ordinary traffic violation, such as speeding or running a red light. Idaho's DUI laws can be complex and severe. You should not try to take on the criminal justice system on your own.

We work personally with each and every client to develop the best possible defense for that individual client. We will listen to everything that you have to say about your case and provide you with an honest evaluation of the case against you. We are there for our clients through every step of the process and will fight to obtain the best possible outcome. Every client, every time.

What is Driving Under the Influence?

Driving Under the Influence (DUI) is a crime in Idaho usually defined as driving while your ability to drive is impaired by alcohol, prescription drugs, illegal drugs, or any combination thereof. A DUI conviction requires two critical elements: 1. Actual physical control of a motor vehicle, and 2. The individual is under the influence of drugs, alcohol, or any intoxicating substance (impaired).

The State of Idaho has variety of charges can be filed related to intoxicated or impaired driving, depending on the facts and circumstances of the case, with different requirements and penalties. It is important to understand the difference between these charges when proceeding in your case.

DUI LAWS AND PENALTIES IN IDAHO

Idaho DUI laws are more complex than most people realize. While many people are aware that the blood alcohol limit in Idaho is .08 - meaning anything over this level is considered legally impaired - they do not realize that a BAC reading over this level this is only one method of proving a DUI charge. The laws related to a DUI charge can be found in Idaho Code §18-8004.

While many people think that a first time DUI is "not that big of a deal" this could not be further from the truth. Do not try to handle these cases on your own. A conviction can result in severe and lasting consequences.

In Idaho if you are charged with Driving Under the Influence (DUI) for a second time within 10 years, you are facing enhanced penalties. Although still considered a misdemeanor offense, a second DUI conviction comes with mandatory jail time, a spike in fines, and many other possible penalties.

In Idaho a third or subsequent DUI conviction is a felony DUI and can result in a prison sentence.

An excessive DUI is charged when an individual's BAC is above a .20. This is a more serious offense than a "standard DUI" and can result in enhanced penalties. A conviction for your first excessive DUI in Idaho is a misdemeanor but a second conviction within may result in a felony charge.

An Aggravated DUI is a felony DUI typically involving a crash where someone was severely hurt or killed.

Drug Or Other Intoxicant DUI and Prescription Medication DUI

Like alcohol, illegal drugs or prescription medications can result in impaired driving. As such, the driver can be charged with DUI. These cases are especially unique and require a skilled DUI attorneys attention.

Commercial drivers have different rules they must abide by when it comes to DUIs and different, more strict, penalties when they are found to be in violation of these rules.

When under the age of 21 years old, it is illegal to operate a vehicle with a Blood Alcohol Content (BAC) over .02 in Idaho. The penalties for minors who break this law can be as serious and long-lasting as those for adults convicted of Driving Under the Influence.

EVERY DUI CASE IS UNIQUE

No two DUI cases are exactly alike. The strength and weakness of your case will depend on the particular facts and circumstances. However, no DUI case is hopeless. You are not alone. In order to minimize the impact on your life, you should first seek the help of an experienced DUI defense attorney.

The unique details of your case could mean the difference between a conviction and a dismissal or reduction of the charges. A knowledgeable DUI lawyer can identify constitutional infractions and possible defenses in your case. We work to protect your rights and fight against unfair or illegal convictions.

THE CRIMINAL LAW SYSTEM ISN'T PERFECT & NEITHER ARE CHEMICAL TESTS

Unlike many other types of crimes, DUI charges are largely based on the arresting officer's opinions and observations. The officer uses his or her judgment to decide to pull you over or subject you to a sobriety test. These observations and opinions do not necessarily tell the story the officer thinks they do. Let us help you tell the story from your perspective.

Even if a BAC reading is taken, a failed breath or blood test doesn't necessarily equal a DUI conviction. We have the experience, skill, and knowledge to challenge the legitimacy of such tests and the reliability of the results. We will use our expertise to demonstrate that the results were improperly obtained, there was a problem with the testing machinery itself, or the results were unfairly manipulated.

It is illegal for a police officer to pull you over without a reasonable and articulable belief that you are somehow in violation of the law. A good DUI lawyer starts by examining the reason you were pulled over.

Officers often have concluded that a person is intoxicated before they have any interaction with the individual. This can lead the officer to perceive the evidence incorrectly. When you are a hammer, every problem is a nail.

Are indicators such as "red eyes" a sign of intoxication or merely a sign that someone just got off a 12-hour shift working in a kitchen? Maybe they are a symptom of a medical condition or a side effect of medication.  Officers regularly classify "evidence" incorrectly leading them to false conclusions.

Field sobriety tests, such as the walk-and-turn and one leg stand, are designed to make it nearly impossible to pass. Further, even when properly administered they are often inaccurate, and should never be used to determine the sobriety of a person who is injured, older than 65, overweight, or who has a special medical condition.

As previously explained, BAC tests are not always accurate. These machines need to be regularly calibrated and officers need to be certified in their use. The failure to do any number of things can result in a false reading.

A Drug Recognition Expert (DRE) is a law enforcement officer trained to identify people whose driving is impaired by drugs other than, or in addition to, alcohol. If a DRE determines that a driver is impaired, they will look for indications of the drugs by the common perceivable effects the drugs have on the human body. Many of these conclusions are made incorrectly or are based upon assumption.

All or none of these defenses may apply to your case. Let us sit down and discuss your case to carefully plan the best defense available.

When you fail a BAC test the Department Of Transportation suspends your driver's license for 90 days beginning 30 days from the date of failure. This is a civil suspension and is unrelated to the DUI case.

Drivers can challenge this suspension but only on very narrow grounds. ALS suspensions can be challenged by drivers who feel they were unjustly asked to take a BAC test, those who feel the test was not properly administered, and those who feel the testing device was not performing properly. An ALS hearing will not take up any other matters, including guilt or innocence of DUI, and the burden is on the driver to prove the assertion, not the other way around. The driver must request an ALS hearing within 7 days of the BAC test.

As of January 1st, 2019 all DUI offenders are required to have a one year ignition interlock device in their vehicle. The device, which measures your Blood Alcohol Content (BAC) before allowing the car to start, will be installed and maintained at the expense of the driver. To learn more about this rule take a look at the blog article New Harsher Penalties For First Time DUI Offenders.

Some people mistakenly think that refusing to submit to a breathalyzer test will make it more difficult for the state of Idaho to prove that they were driving under the influence. This in not always the case. Click on the following link for information about a BAC refusal in Idaho: Refusal Of BAC Testing. 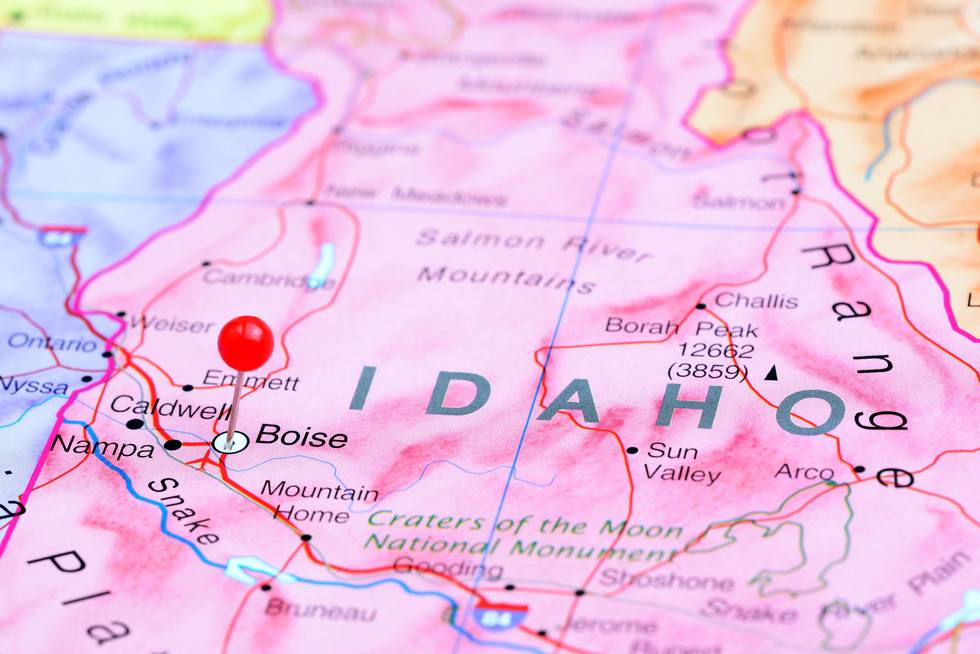 As experienced Idaho DUI Lawyers, we represent DUI charges across the state. However, many of our clients are in the Boise and Canyon County areas.

With so much on the line, you need a lawyer that will fight to protect your rights. Call me today for a free consultation!