If you have been charged with Grand Theft in Idaho it is important that you understand the charges against you and what your legal rights are. Idaho's theft laws can be complex and severe. You should not try to take on the criminal justice system on your own. 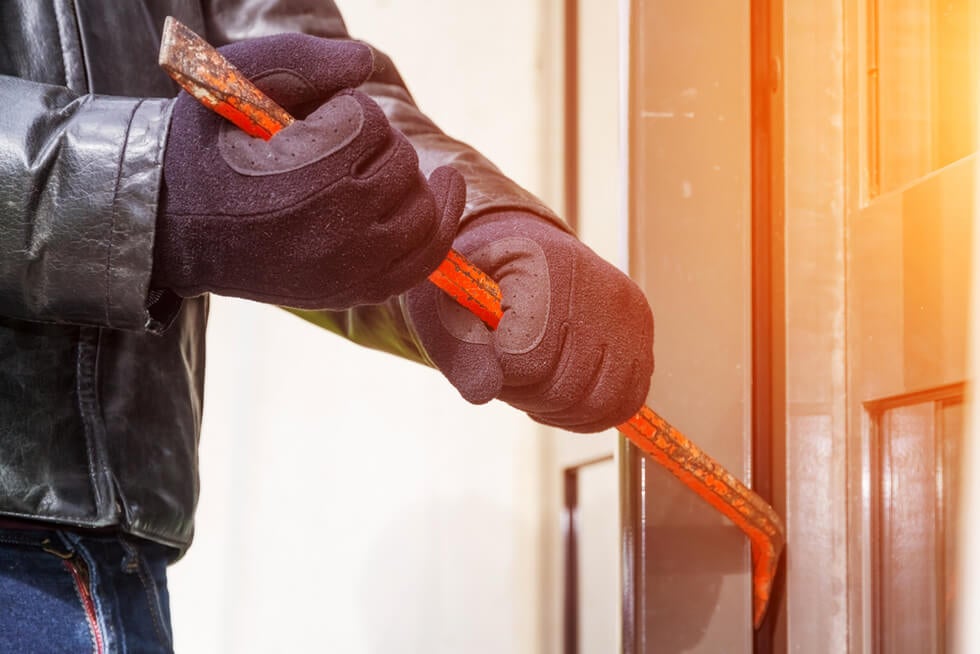 What Is "Theft" Under Idaho Law?

A person steals property and commits theft when, with intent to deprive another of property or to appropriate the same to himself or to a third person, he wrongfully takes, obtains or withholds such property from an owner thereof.

The definition of "Theft" above is very broad and filled with grey area. In order to clear up any confusion the Idaho Code defines several actions that should be included as Theft under the definition:

Theft includes a wrongful taking, obtaining or withholding of another's property, with the intent [to deprive the owner of said property], committed in any of the following ways:
(1)  By deception obtains or exerts control over property of the owner;
(2)  By larceny; common law larceny by trick; embezzlement; extortion; obtaining property, money or labor under false pretenses; or receiving stolen goods;
(3)  By acquiring lost property. A person acquires lost property when he exercises control over property of another which he knows to have been lost or mislaid, or to have been delivered under a mistake as to the identity of the recipient or the nature or amount of the property, without taking reasonable measures to return such property to the owner;
(4)  By false promise: A person obtains property by false promise when pursuant to a scheme to defraud, he obtains property of another by means of a representation, express or implied, that he or a third person will in the future engage in particular conduct, and when he does not intend to engage in such conduct or, as the case may be, does not believe that the third person intends to engage in such conduct.
(5)  By extortion. A person obtains property by extortion when he compels or induces another person to deliver such property to himself or to a third person by means of instilling in him a fear that, if the property is not so delivered, the actor or another will [take some action causing harm to the person]
(6) When a person knowingly takes or exercises unauthorized control over, or makes an unauthorized transfer of an interest in, the property of another person, with the intent of depriving the owner thereof.
(7)  By knowingly receiving, retaining, concealing, obtaining control over, possessing, or disposing of stolen property, knowing the property to have been stolen or under such circumstances as would reasonably induce him to believe that the property was stolen
(8)  Theft of labor or services or use of property:
(a) A person commits theft when he obtains the temporary use of property, labor or services of another which are available only for hire, by means of threat or deception or knowing that such use is without the consent of the person providing the property, labor or services.
(b) By renting or leasing a motor vehicle or other equipment under an agreement in writing which provides for the return of the vehicle or other equipment to a particular place at a particular time, and fails to return the vehicle or other equipment to that place within forty-eight (48) hours after the time specified.
(c)  A person commits theft if, having control over the disposition of services of others, to which he is not entitled, he knowingly diverts such services to his own benefit or to the benefit of another not entitled thereto.

Under Idaho Law, What Is Grand Theft?

Types of Grand Theft in Idaho (Value Based)

✻ Theft of property exceeding a value of $1000 (by far the most common type of Grand Theft in Idaho).
✻ Theft of a check, money order, credit card, or bank card.
✻ A series of thefts that when added together exceed a value of $1000.
✻ Theft of property that has an aggregate value over fifty dollars ($50.00) and is stolen during three (3) or more incidents of theft during a criminal episode (a period of up to three (3) days).
✻ The deliberate killing of livestock or any other animal exceeding one hundred fifty dollars ($150) in value.

Types of Grand Theft in Idaho (Property Type Based)

While value and property type cover most of the circumstances defined as Grand Theft under certain circumstances the nature and value of the property does not matter. Under subsection (1)(a) of the statute:

A person is guilty of grand theft when he commits a theft as defined in this chapter and when the property, regardless of its nature and value, is obtained by extortion committed by instilling in the victim a fear that the actor or another person will:
1.  Cause physical injury to some person in the future; or
2.  Cause damage to property; or
3.  Use or abuse his position as a public servant by engaging in conduct within or related to his official duties, or by failing or refusing to perform an official duty, in such manner as to affect some person adversely.
The property, regardless of its nature or value, is taken from the person of another;

Punishment For Grand Theft In Idaho

All Grand Theft charges are felonies and can lead to severe penalties. Idaho Code §18-2408 outlines the potential penalties.

Under certain circumstances these potential penalties are increased to: A fine not exceeding $10,000 or imprisonment or not less than 1 year and not more than 20 years, or both.

However, the punishment assigned by the court for a Grand Theft Conviction may just be the beginning

The negative effects of a Grand Theft conviction do not stop after you leave the courtroom, they can have serious short and long term consequences beyond those punishments ordered by the court, potentially affecting your employment, personal relationships, and reputation.

Grand Theft is considered a "crime of moral turpitude"

A conviction can be particularly harmful in terms of:

This is a felony punishable by a fine of not less than one thousand dollars ($1,000) nor more than five thousand dollars ($5,000).  The $1,000 minimum fine cannot be suspended or withheld.  The person convicted of the offense may also be imprisoned in the state prison for not less than one (1) year nor more than fourteen (14) years.  That means the person convicted will serve at least one year in prison, and possibly more. In addition, the court can assess civil damages, as provided in Section 25-1910 of the Idaho Code.

Do not let a Grand Theft conviction follow you around for the rest of your life. Let me fight to keep you out of jail and keep a theft conviction off your record.

An experienced Idaho Grand Theft attorney can fight the charge and potentially have the charge reduced or dismissed. Every Grand Theft case is different and the attorneys at William Young and Associates scrutinize the facts of every case to assert the best possible defense.

Even if the evidence is overwhelming, we can fight to try and get the charge reduced or limit the punishment to community service and/or probation.

Do not fight the system on your own, you have too much on the line. Protect your rights and your freedom. Call William Young and Associates today for a free consultation.

For A Grand Theft Consultation