Often, in order to determine if a driver is intoxicated, a police officer will have the driver perform a number of Field Sobriety Tests. These Field Sobriety Tests are used by law enforcement to obtain probable cause thereby allowing them to initiate a breath or blood test. 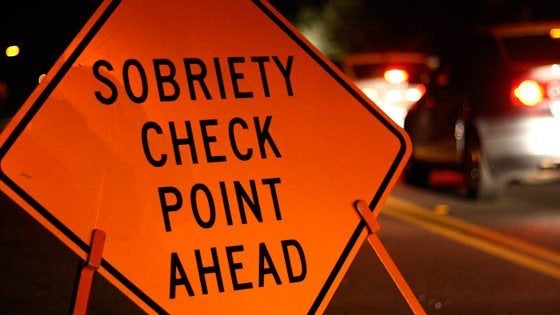 There are three Field Sobriety Test's (FST's) that officers commonly utilize during a DUI investigation:

These are the only three field sobriety tests endorsed by the National Highway Traffic and Safety Administrations (NHTSA), thus they are referred to as "Standardized" Field Sobriety Tests.

Although considered standardized, these tests have been widely criticized as designed to fail. There are many factors that can affect a driver's performance on the FST's:

And many others. Any of these factors could lead an officer to improperly conclude that you are impaired. Even under perfect conditions a sober driver would have difficulty passing these tests.

This is an involuntary jerking of the eye that occurs when the eyes move from side to side. The test requires the driver to look forward at a small object, usually the officer's finger, pen, or a small flashlight and follow the object with their eyes as he moves it side to side. The drivers head is to remain still during the test.

Officers look for three indicators of impairment when administering this test

During this test, the driver is instructed to walk, touching heel-to-toe on each step, along a straight line, turn, and walk the straight line back to the start.

The officer will look for several indicators of impairment

This is also a divided attention test.  The driver is instructed to stand with one leg in the air approximately six inches off the ground while counting to a certain number.

The officer looks for indicators of impairment, including:

An experienced DUI attorney will be able to show how difficult these tests are to pass, even sober, and what factors the officer failed to take into account when administering the tests.