There are two theories under which any DUI case can be proven by the state: Through either the Per Se Theory and Non Per Se Theory. If you are charged with a DUI it is important that you understand the difference. 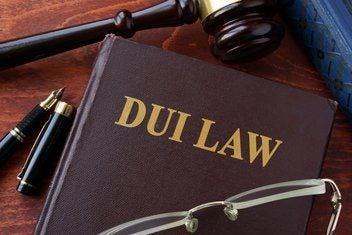 The phrase "Per Se" is Latin for "in and of itself" (I know, the use of Latin does not make the law "user friendly" when no one speaks Latin any more). A Per Se DUI is the operating of a motor vehicle with a Blood Alcohol Content (BAC) of .08 or higher. This is the BAC set by the legislature to equal intoxication.

These BAC limits are set by the legislature to define anything above the threshold as intoxication. Thus, a driver with a BAC of .08 or higher is "in and of itself" driving under the influence, whether they appear intoxicated or not.

This does not make your case hopeless, an experience DUI attorney will know many ways to defend against a "Per Se" DUI violation.

This is also called a "DUI Less Safe" charge. It slightly differs from the DUI Per Se charge in that an arrest is made based on the opinion of the officer rather than a BAC. If the officer determines that a driver is intoxicated based on their behavior and/or driving pattern, the driver is charged with a DUI can be charged with DUI whether or not their BAC is above the .08 legal limit.

In Non Per Se DUI cases the case centers around the behavior of the driver and the officer's judgment/opinion, not the BAC. In fact, under this theory a conviction does not require that the driver ever even take a BAC test.

While your chances of fighting the two charges may be different, they carry the same penalties if convicted.

See: Idaho Code §18-8004: Persons Under The Influence Of Alcohol or Drugs.

If you are charged with a DUI in Idaho, you need a lawyer that will fight to protect your rights an your future. I will give you an honest, no BS, assessment of your case. Call me for a free consultation to learn more about these two theories.