In a big Ada County DUI win, Craig Bell was acquitted of Driving Under The Influence after a one day court trial. Ada County Magistrate Judge Thomas Watkins found that the State had failed to prove that Mr. Bell's was impaired by alcohol, drugs, or other intoxicating substances, and acquitted Mr. Bell of the charge against him.

This case involved blood test results that were positive for prescription medications at the time Mr. Bell was pulled over as well as the testimony from a Drug Recognition Expert. However, in this case there was another explanation for Mr. Bell's behavior: severe dehydration and lack of sleep.

What law enforcement either did not know or didn't bother to investigate, was that Mr. Bell was properly prescribed the medications found in the blood tests and had recently been admitted to the hospital for severe dehydration and sleep deprivation. It turns out that for days before his arrest, and for days after, Mr. Bell was acting out of character. As the testimony showed, his friends, family, and coworkers were concerned for him but at a loss for what to do. Mr. Bell had a long history of sleep problems and his family was convinced he just needed a good nights sleep to get back to normal. He was even provided the day off from work to get sleep the day he was arrested.

Lucky for Mr. Bell, and everyone in Ada County, there is still at least one judge that understands the high standard of "proof beyond a reasonable doubt." Without evidence showing that either: 1. Mr. Bell's unusual behavior was caused by the medications found in his blood, or 2. Mr. Bell's unusual behavior was not caused by his severe dehydration and lack of sleep, Mr. Bell could not be found guilty of DUI. Judge Watkins made the correct decision in this case and acquitted Mr. Bell of the DUI charge. 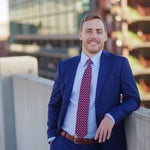