In this case, the client had taken some medication that had an adverse effect. She was pulled over for erratic driving. Normally, these cases are charged as a DUI under the law and often the client is found guilty. Rarely are these charges ever reduced to a lessor offense. Here, we were able to convince the prosecutor not to charge the client with a DUI and have her plead to Inattentive Driving. The sentence she received involved community service and a safe driving class rather than the far more severe punishment she would have otherwise been subject to as part of a DUI case. 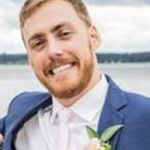