I like tennis. My wife loves tennis. As such, I have been following this story. 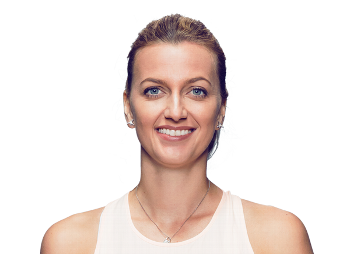 Per reports from ESPN and BBC:

A court in the Czech Republic convicted a man of knifing two-time Wimbledon champion Petra Kvitova in her home and sentenced him to eight years in prison.

The man entered her home, saying he needed to inspect the boiler. He then grabbed Kvitova from behind and held a knife to her throat. She struggled with him and was able to get away, but suffered severe injuries in the process.

Kvitova suffered injuries to her hands, specifically her left playing hand, when the man broke into her house and attacked her with a knife. The two-time Wimbledon champion suffered damage to ligaments and tendons in her playing hand, and underwent several surgeries. Doctors warned her at the time that her tennis career could be over and that she may even lose her fingers. It took her more than five months to recover.

This was a very scary situation. Its not often you will hear me say this but - given the situation - 8 years seems like a light sentence. He broke into her house, with a weapon, and attacked her - causing very serious injuries. From what I understand she was able to fight off the attacker otherwise it is likely she would have been killed. Instead, she was able to save herself but ended up badly injuring parts of her body that are critical to her career. I would have expected a much greater sentence had this occurred in Idaho.

It is good to see her back playing tennis after such a terrible incident. She must be a very strong woman to come back from something like this; many people would have let such a terrible incident overwhelm them to the point of paralysis. In fact, strong is probably too soft a word; She has now fought back to be ranked #2 in the world and recently made the finals of the Australian Open. She has triumphed over adversity most of us could never even imagine and is playing some of the best tennis of her life.

Petra Kvitova will always be a someone I root for in the future.

*She won a semifinal match yesterday to make the final of the Miami Open. https://www.miamiopen.com/