Result: Court Suppresses All Evidence Obtained As A Result Of An Illegal and Unjustified Stop. 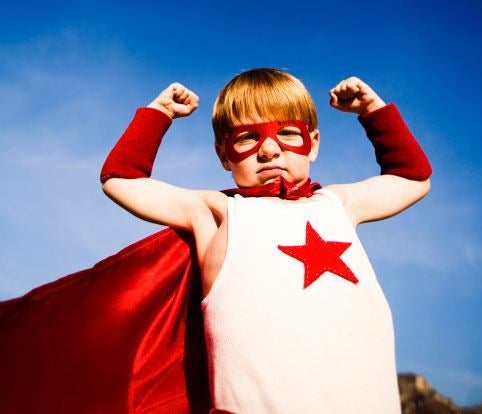 I had a big win in Boise County this week. In a DUI case, I was able to convince the Court to suppress all evidence obtained as a result of the illegal and unjustified stop of my clients vehicle. The Court agreed that the stop was in violation of the 4th Amendment to the United States Constitution and Article 1 § 17 of the Idaho Constitution. As all or nearly all the evidence against my client was obtained as a result of this stop, I anticipate that the Boise County Prosecutor's Office will be filing a motion to dismiss the charge here shortly.

The stop was performed by Boise County law enforcement based upon passengers sitting on the bed rails of the pickup truck being driven by my client. The officer involved believed this to be in violation of Idaho law. He was mistaken, as the Court noted in it's decision: "The deputy mistakenly believed that there was an Idaho statute that required a pickup truck's passengers to be seated on the bed of the pickup truck (as opposed to the rails)." This stop led to the officer's interrogation, seizure of evidence, and the eventual arrest of my client.

The Fourth Amendment protects citizens from unreasonable searches and seizures. A seizure without a warrant is unreasonable, subject to a few enumerated exceptions. The famous case of Terry v. Ohio held that a detention by law enforcement is a seizure within the meaning of the Fourth Amendment. Following the logic in Terry, an officer who detains a person for a traffic offense must have a reasonable suspicion that the law is being violated based on specific and articulable facts. The suspicion must be formed before the stop. Idaho's constitutional provisions relating to searches and seizures are similar to federal law, however, Idaho courts have repeatedly held that Article I § 7 provides citizens with greater protection than that provided under federal law. Now many people would think that law enforcement not knowing the law they are charged to enforce would alone be enough to invalidate the stop (I personally think it should be and am a little outraged that it is not), however there is good case law out there both nationally and locally that allows for officer mistake of law when the mistake is objectively reasonable.

In this case, the Boise County Prosecutor's Office argued that the mistake of law was objectively reasonable, and even if it was not the stop was valid pursuant to the community caretaker exception. The Court disagreed. Instead the Court agreed with my argument that it was not objectively reasonable for the officer to make up a law that does not exist and the community caretaker exception did not apply. I successfully argued that the community caretaker exception was an argument formed after I pointed out the mistake to officer and prosecutor in an attempt to justify and excuse the mistake. Further, I successfully argued that the citizens here were not in need of any assistance nor were they in any danger that required the officer's response; yes, maybe their activities were "unsafe" but the passengers were adults, voluntarily riding on the rails, and the vehicle was driving under the speed limit in a reasonable manor.

This case highlights a couple of important legal issues:

First: The ends can never justify the means when it comes to law enforcement's violation of constitutional protections. This is important because not only is it a cornerstone of the US criminal judicial system, but many people have a knee jerk reaction of concern or disagreement with the decision when these types of cases arise.More and more I hear comments like, "well if he is guilty, it shouldn't matter why the officer pulled him over" or "your client got off on a technicality" in fact I even watched as the prosecutor in this case argued that "in the end, the officer's actions protected the community" this logic is not only counter to the individual rights our founding fathers established this country to protect, it is ABSOLUTELY FRIGHTENING.

When law enforcement violates individual rights, say searches a home without a warrant, the only time we hear about it is if they find something that results in charges. We do not hear about the cases where nothing is found because, outside of filing a complaint with the department, there is really not much you can do. You can file a civil suit against the state but without any damages other than invasion of your privacy even if you win you have nothing to gain financially. This is why the court's must protect these individual rights by suppressing illegally obtained evidence even if it results in the dismissal of an otherwise solid criminal prosecution. Law enforcement must know that if they violate individual constitutional protections it wont matter what evidence they obtain as a result. The court's decision on cases like this is the only thing that ensures law enforcement actually abides by the constitution; If the court's do not check the power of law enforcement then this becomes a tyrannical society where law enforcement can do whatever they want whenever they want. As such protection of constitutional rights should NEVER be view as a technicality, it should be celebrated as the court protecting you from a tyrannical government.

Seemingly with each passing day we allow our government to encroach on individual rights. We allow the government to scare us into complacency, some even advocate for their rights being taken away. Individuals justify this by saying: "If I don't break the law then I have nothing to worry about. This only protects criminals and I am not a criminal." This logic could not be further from the truth. Innocent people get accused of crimes all the time. People who have committed a minor offense get overcharged by the state with major offenses and face major penalties. People make mistakes. I often hear my clients explain that they are good law-abiding people who never thought this would happen to them. People forget that the law is meant to be applied equally to everyone, if an individual protection is taken away from one person it is taken away from everyone. So before you scream about how someone accused of a crime does not deserve a trial or should just be shot, understand that you are not just advocating for that persons rights being taken away you are advocating that your rights and your families rights should also disappear. Although you think "it wont happen to me" there may come the day where you deeply regret your comments, where you or a loved one are on the chopping block.

Second: The law holds you accountable for knowing the law, why is it we are holding law enforcement to a lesser standard?!?

"I didn't know that was against the law" is never a defense to a crime.The system could not function if defendant's could defend their actions by merely claiming they did not know it was a crime. The law expects that everyone nationwide knows the law, inside and out. Given that the law is extremely complex and even attorneys know only a small percentage of the law without in-depth research, this is an impossibility.

If you are required to know the law, shouldn't we hold all law enforcement to the same standard?! Even if the mistake is reasonable and/or the officer is acting in good faith, why is it OK for law enforcement to not know the law they are hired to enforce? Why is the government holding individuals to a higher standard than it holds its self to? Just a thought.