Last week, I was able to get a great result on a failure to appear case in Ada County.

The facts of this case had to do with a man who was charged with underage drinking nearly ten years ago and inadvertently failed to appear in court on those charge. Because he did not appear in court, a warrant was issued for his arrest. Despite being pulled over on two occasions for driving infractions, this man was never arrested as a result of his warrant and did not even discover the warrant until he was in his late 20's. In the end, I was able to convince the prosecutor to not only quash the warrant but also dismiss both the underage drinking charge and the failure to appear charge given the nature of the charges, the age of the case, and the fact that the investigating officer was no longer with the Boise PD. 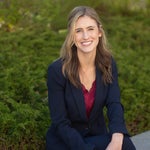