Pursuant to Idaho law, officers must have multiple indicators of intoxication in order to initiate a DUI investigation. The first is almost always "driving pattern" (the reason you are pulled over). The two additional indicators can be anything that makes it more likely you are under the influence of alcohol, drugs, or other intoxicating substances. The three most common indicators listed by Law Enforcement as reasonable suspicion to believe a driver may be intoxicated, and to begin a DUI investigation, are Odor Of Alcohol, Slurred Speech, and Bloodshoot/Red/ Watery Eyes. However, these are flawed indicators and may not actual indicate intoxication. 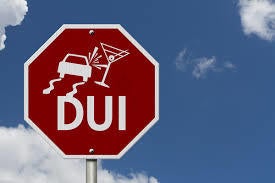 The presence of alcohol on a motorist's breath is among the first indications a police officer has that the driver may have been drinking. Officers use this clue to help make the initial determination that the driver is intoxicated and as a basis for beginning a DUI investigation. The odor of alcohol will be noted in the officer's arrest report, serving as evidence in the State's case against the driver.

Odor of Alcohol is Subjective.

Although the odor of alcohol is commonly cited by police officers in arrest reports, it is, in fact, a subjective observation that may not stand up in court. There is tremendous room for human error in detecting the odor of alcohol, as no equipment is used to measure the odor that an officer claims to have smelled at the time of the arrest— it is simply his or her perception of the scent that is noted in the arrest report. Even an experienced officer can not determine someones BAC by the odor of alcohol.

Officers often cite a driver's “slurred” or “incoherent” speech as a contributing factor in making a DUI arrest. This entry in an arrest report will be used by the State in building a case against you. The presence of slurred speech alone is not grounds for a DUI arrest.

Although alcohol and drug use can cause speech to be slurred, other factors can affect a person's speech pattern. Stress can greatly impact an individual's speech. Certainly, being pulled over and questioned on suspicion of DUI is a stressful event and could result in speech that seems slurred. Fatigue can also impact a cadence of speech, making a person's speech sound slurred. A person may simply have a slow rate of speech or speak with an accent. When a DUI investigation involves an accident, a head injury, shock, or adrenaline can also cause slurred speech.

Officers often cite a driver's bloodshot, watery or red eyes as one of their first clues that a driver was intoxicated.

Although alcohol consumption may cause an individual's eyes to redden or tear up, unrelated factors may have the same effect. Allergies, exposure to the sun, pollution or smoke and even fatigue can contribute to a person having bloodshot, watery or teary eyes. Some people have eyes that are naturally red or bloodshot. Unless the officer has met the driver before and knows what he or she looks like both sober and intoxicated, any statement about the driver's appearance being indicative of intoxication is just conjecture.

A skillful DUI defense attorney will know how to cast reasonable doubt on the arresting officer's claim that a the driver was displaying signs of intoxication at the time of their arrest.

A skilled DUI attorney will review all audio and video evidence to ensure that the officer's report actually matches the facts. There is no need to challenge why a defendant's eyes were read at the time of the stop if when looking at the video that is not the case. Don't assume the video or audio will only support the officer's version of events, in some cases it is the most powerful tool the defendant has to prove their innocence.

Cross examination will also include the defense attorney reviewing other portions of the arrest report, including the many questions the arresting officer asked the driver. Reviewing these questions serves to establish that the officer was able to understand and accurately record the driver's answers. This may prove that the speech was not a slurred as the officer would like the jury to believe.