Should You Refuse The Breathalyzer? 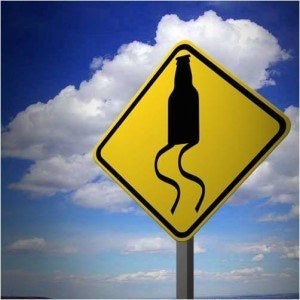 Today's post covers one of the most common questions I get from clients, friends, and family: “If I have been drinking and I get pulled over, what should I do?” Unfortunately, it is often the case that by the time I am asked this question…it is already too late.

Prior to becoming a lawyer, I was given some interesting advice: If you are ever pulled over and you have been drinking, “don't walk, don't talk, and, most importantly, don't blow.” While this may have been the correct approach at one point, I have begun to question the wisdom of this advice.

According to Idaho law, you have the right to refuse the breathalyzer. Many people believe this will make it harder for the State to convict them of a DUI or that a blood test will somehow “prove” they were under the legal limit. The reality is that it may be the exact opposite.

The first problem with a breathalyzer refusal is the automatic drivers license suspension – your license will be suspended by the Department of Motor Vehicles for one full year. This suspension is absolute, meaning no privileges will be provided for driving to and from work, school, or medical appointments; you will not be allowed to drive at all for that full year. This is quite a large punishment considering that a first time offender who blows over a .08 would only have their license suspended for a minimum of 90 days and only 30 of those days would be absolute. After the first 30 days most drivers can apply for a restricted license to get to work, school, and medical appointments.

The second problem is the belief some Idaho drivers have that refusing the breathalyzer will make it more difficult for the State to prove driving under the influence. Wrong. Many times, law enforcement is able to get a warrant to forcibly take and test your blood to determine your BAC (having your blood drawn against your will is not a happy process). In the end the police may still receive the exact evidence you were trying to prevent them from obtaining.

On top of the fact that they now have the exact evidence you were trying to avoid, a blood test is more accurate and harder to defeat in court. We are seeing more and more of these “refusals” turn into blood draws that result in an “excessive” DUI (a BAC of .20 or higher). Say, for example, the blood draw comes back as a .204. The accuracy of a blood test leaves little to no margin of error that may create reasonable doubt as to whether or not your BAC was actually over .20. The eventual effect of this is that our only option may be to mitigate the consequences of an excessive DUI instead of negotiating the charge down to a standard DUI.

In the end it is your decision, but it is no longer as simple as many people believe. The best decision is always – just take a cab! A cab fee is a small price to pay to avoid all the possible negative effects of a driving under the influence (which can include your death or the death of another). However, if you make a poor decision, as people who have been drinking frequently do, feel free to give me a call. I would be happy to talk to you about your case.

Idaho Code §18-8002: PENALTY AND SUSPENSION UPON REFUSAL OF TESTS.

Idaho Code §18-8003: PERSONS AUTHORIZED TO WITHDRAW BLOOD FOR THE PURPOSES OF DETERMINING CONTENT OF ALCOHOL

You can also read further on our website: William Young and Associates- Idaho DUI.