Tunnel Vision - The Effect Of Confirmation Bias On Criminal Cases

Confirmation bias is defined as: "the tendency to interpret new evidence as confirmation of one's existing beliefs or theories." In criminal investigations this is the tendency of law enforcement to interpret new information in a way that conforms with their pre-existing beliefs about the case. Confirmation bias will causes investigators to ignore evidence that that conflicts with or challenges their pre-existing theory of the case, to discount the importance of new information unless it conforms with their beliefs, fail to properly investigate leads that they believe are unnecessary, eliminate suspects without proper investigation because they like the individual or believe someone else is responsible, and accuse suspects without sufficient evidence because they dislike the individual or have a "gut feeling" about their guilt.

Confirmation bias can also occur based upon another persons pre-existing beliefs. When one officer or agency passes an investigation over and the previous investigator says that X-person is the guilty party, it is unlikely that the new investigator will take the appropriate steps to properly investigate other suspects. Law enforcement has a history of backing up a fellow officer without any independent investigation - this is commonly known as "The Thin Blue Line" and is often on the forefront of any law enforcement controversies. Additionally, there are numerous historical cases where investigator's are swayed to wrongfully believe one witness over another, thus conforming their investigation to match the witnesses version of events.

Conformation bias occurs to some degree in nearly every criminal investigation - if a police officer believes you are intoxicated when they pull you over, everything you do will look like evidence of intoxication; If law enforcement believes you are guilty of theft, they will believe that any unexplained deposit into your bank account is a result of that theft; if law enforcement believes a person is guilty they will investigate leads that may result in evidence of the persons guilt and ignore leads that may support the suspects innocence. Sometimes law enforcement gets it right despite the confirmation bias but many times they don't.

Confirmation bias has a strong effect on the criminal prosecutions even after the investigation is complete and charges are filed. Institutional reinforcement of conformation bias is responsible for many wrongful convictions. Prosecutor's receive a large amount of pressure to keep their conviction rate high. Because of the emphasis on conviction rates, assessment of the facts revolve around "can I get a conviction" not "is this person innocent." This leads prosecutors to view any conviction as a victory and any acquittal as injustice - whether the person is actually committed the crime is irrelevant.

Even juries are subject to confirmation bias. The foundation of our criminal justice system is that all people are innocent until proven guilty. This is good in theory but the truth that is obvious to all criminal defense attorneys is that, in practice juries start with the impression that the defendant must be guilty simply because they are sitting at the defendant's table. More simply put, juries inherently trust that law enforcement would not charge a person with a crime unless they are guilty. This is simply not true but with this being most juries first impression defendant's nearly always have an uphill battle to fight.

More information on Confirmation Bias can be found here. 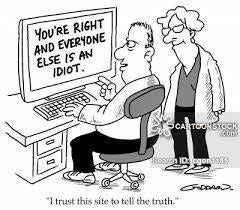 *SIDE NOTE* I can already hear prosecutors screaming "defense attorneys are guilty of the same confirmation bias!" Candidly, this is probably true at times. However, confirmation bias from a criminal defense attorney does not create injustice. Under our system everyone is due a defense, not just the innocent. However, our system does not require that every crime result in a conviction. The State (the prosecutor) is not responsible for obtaining as many convictions as possible or maintaining the highest conviction percentage. Obtaining a wrongful convictions actually directly contradicts the State's responsibilities to the public, it causes the community harm instead of protecting against it. Tyranny is created when innocent people are wrongfully imprisoned, not justice. This means that, in order to properly perform their duties, prosecutors must do everything in their power to guard against confirmation bias. Instead of focusing on conviction rates prosecutors should be focused on obtaining the correct result, whether that is a conviction or an acquittal.  A dismissal based upon lack of evidence should be commended as an act of courage. A system where the State is more worried about obtaining convictions then making sure the convictions they get are just is broken and will only lead to injustice.

I fully agree with your statement on the difference between the prosecutor and defense attorney and confirmation bias. It seems to me that the prosecution has all the money and the power – when the bias is added the outcome is a wrongful conviction and the innocent suffer. The desire for actual Justice has been left behind and has become just-us.

Bullseye. At age 75+, I’ve seen this so often. For years my wife & I referred to it/them as “conclusion” investigators: jump to the conclusion first, then set about looking for support for their established conclusions. You’ve said it better. Sadly, the priority appears to be winning, not justice. Thanks!